One Hand, One ❤️️

Many Americans who grew up in the 1950s will quickly recognize our concert’s theme, “One Hand, One Heart,” as the title of the beautiful duet between two star-crossed teenagers in Leonard Bernstein’s timeless musical, West Side Story. Maestro Kidwell has programmed selections from that musical to mark the centennial of the composer’s birth. Moreover, with the inclusion of the Saint-Saëns Cello Concerto No. 1, today’s program is designed to honor and acknowledge the contributions of Dr. Robert Abrams, our beloved cellist and physician, whose decision to retire from the orchestra last June marked the end of his fifty years of playing with the Holyoke Civic Symphony.

LEONARD BERNSTEIN was an American composer, conductor, author, music lecturer, and pianist. He was among the first conductors born and educated in the United States to receive worldwide acclaim. Although a native of Massachusetts, Bernstein had a fascination with New York City for much of his career. He was conductor and music director of the New York Philharmonic from 1958 to 1969, and the great metropolis also served as the inspiration for several of his original stage compositions including West Side Story.

In 1949 Jerome Robbins suggested to Bernstein the idea of updating Shakespeare’s Romeo and Juliet into a twentieth century musical set in New York City, but it was not until the mid-1950s that the project came together with Bernstein providing the music, Stephen Sondheim the lyrics, and Robbins the choreography. The result of their collaboration was one of the first musicals to explore a serious subject with wide social implications. More than just the story of the tragic life of ordinary people in a small, grubby section of the city, West Side Story deals with urban violence, juvenile delinquency, clan hatred, and young love. A remarkable fusion of drama, music and dance, it also represents an amazing synthesis of popular and classical elements – a sublime marriage of the Broadway stage with opera and ballet houses.

CAMILLE SAINT-SAËNS was a remarkable child prodigy. Before he was three years old he displayed perfect pitch and enjoyed picking out tunes on the piano. After studying with Camille-Marie Stamaty, he made his concert debut at the age of ten, and by the time he reached his 20th birthday, he was already internationally known as a composer and pianist to be reckoned with. While his own compositions were generally within a conventional classical tradition, he was also a champion for the most modern music of the day, particularly that of Schumann, Liszt, and Wagner.

Saint-Saëns’ exceptional knowledge of instruments other than the piano enabled him to be one of the very few composers who wrote concertos that remain in the active repertoire of violinists, cellists, and pianists, as well as frequently-performed sonatas for violin, oboe, bassoon, and clarinet. In addition to the two cello concertos, he produced two cello sonatas, a suite for cello and orchestra, and numerous chamber works that include the cello.

In 1872 Saint-Saëns wrote the Cello Concerto No. 1 in A minor, Op. 33 with no pauses between the three sections of the piece – a technique he had first employed in 1859 in his Violin Concerto in A Major. Although the principal theme runs throughout the entire work, each movement is clearly delineated and has a different tempo marking. Saint-Saëns solved the balance problem, the greatest difficulty in writing a successful cello concerto, with careful scoring that often leaves the soloist playing alone with the orchestra contributing only punctuating chords. Because it allows the cello to display every register without the slightest difficulty in penetrating the orchestra, many composers consider this work to be the greatest of all cello concertos.

Marked Allegro non troppo, the first movement begins with an aggressive melody built of triplets from the solo cello. The lyrical, meditative theme that follows is companied by the triplet figure in the orchestra. A new animato passage with double stops for the cello leads to an even faster tempo with yet another theme, this one appearing in the orchestra in F major. Just when it seems like this will be the new key, the opening triplet idea sounds again in the cello, but in D major, and development of the first and second themes ensues.

With a rest just long enough for the cellist to take a breath, the orchestra begins the second section, Allegretto con moto. This segment is a delicate minuet with a narrow-range and stately melody. When the cello enters, it first sounds alone before the orchestra plays the minuet again beneath the cello’s countermelody. After the cello takes up the minuet tune, there is a cadenza for the soloist, which leads to fragments of the minuet theme in different harmonies before finally settling on B flat as the Allegro tempo returns.

The triplet theme from the first movement, now in the orchestra, opens the Finale, Tempo primo. Saint-Saëns varies this material to return to the tonic before a new idea, Un peu moins vite, sounds in the solo cello. The rhythm is Sarabande-like until the cello takes off with a flurry of sixteenth notes that pushes the harmony away from A minor. Contrast is a salient feature of the rest of the piece, which behaves somewhat like a rondo. The opening triplet theme and the third theme of the first movement introduce the coda, which contains new material and closes the piece in A major.

ROBERT SCHUMANN is a central figure in the era of nineteenth century musical Romanticism. As a young man, he left the study of law intending to pursue a career as a virtuoso pianist, but when a hand injury ended this dream, he focused his musical energies on composing. Until 1840 he wrote exclusively for the piano, but after that year, his oeuvre expanded to include works for piano and orchestra, songs for voice and piano, four symphonies, one opera, and other orchestral, choral, and chamber works. In addition, Schumann was hugely influential as a music critic. Writing in the Neue Zeitschrift für Musik, a journal published in Leipzig, he earned a reputation as a stalwart supporter of Chopin and the discoverer of Brahms.

Schumann’s life, both professional and personal, followed a Romantic trajectory from ardent beginning to tragic conclusion. He fell deeply in love with Clara, the nine-year old daughter and child prodigy of his piano teacher, Friedrich Wieck, and ultimately married her after a lengthy, bitter fight with her father, who filed lawsuits with reckless accusations against him to prevent it. Later Schumann saw Clara’s career eclipse his own, and after mounting depression, suicide attempts, and a diagnosis of “psychotic melancholia,” he placed himself in an asylum where he deteriorated for two years and died alone at age 46.

Schumann’s Fourth Symphony is now regarded as one of his most original and inventive works. In departing radically from the classical form of Haydn, Mozart, and Beethoven, it paved the way for the great late romantic symphonies of Brahms and Dvořák. Much of its innovation lies in the unity and cohesiveness of the work. Schumann originally composed it in 1841, but ten years later, he revised it to put it in its present form – four movements that follow each other without pause. This version was such a success that the eminent musicologist George Grove described it as “a landmark in the history of the symphony.”

The violas and cellos open the Introduction with a theme of a somewhat melancholy character. After its brief development, and with a gradually accelerated tempo, the Allegro enters with a vigorous statement of the theme that is to be the motif throughout the whole work. The result is a journey from darkness into light, culminating in an exultant blaze of D major which might be said to foreshadow the finale of Brahms’s symphony in that key.

A single chord binds the Allegro to the Romanza which begins with a simple, plaintive, and exquisitely refined melody given out by an oboe and a solo cello with the strings pizzicato. A short phrase follows in the violas. Next comes a passage from the Introduction which reminds us that this tender Romanza is filling its part in the general symphonic design. The movement closes with the tender song that opens it.

The Scherzo opens with a strong, energetic theme in full orchestra, (except trombones), which has few reminders of an ordinary scherzo’s lightness and caprice. The second part, however, is more gracious, and the Trio is soft and dreamy.

The Finale, like the first movement, has a slow introduction which serves as a bridge from the quiet conclusion of the Scherzo to the dramatically-charged finale proper. A strong proclamation of the motif theme follows, and then the Finale cites other material from the preceding movements. A bustling orchestral build-up leads to a lusty fanfare from the horns, and the cellos introduce the final theme during a brief respite before the rush to the exuberant conclusion. 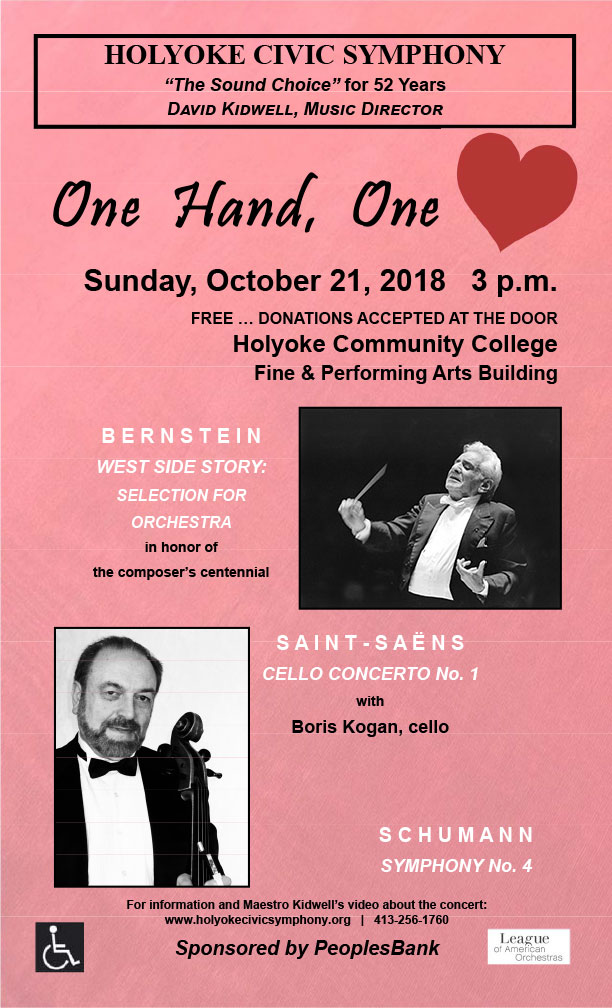