Passion was only one of many traits that characterized 19th century Romantic music. Other attributes associated with this genre include the composers’ preoccupation with fate and their morbid fascination with the Middle Ages that focused on its most ghostly, frightful, and terrifying aspects. These two aspects were especially true of the music composed by Franz Liszt, but Tchaikovsky, who was born nearly 30 years later, was likewise haunted by the vagaries of fate. The two men had very different lifestyles and personalities, but their compositions that we play today are both examples of Romantic music at its finest.

Franz Liszt was a prolific 19th century Hungarian composer, pianist, conductor, and music teacher. Born on October 22, 1811, he was recognized as a child prodigy by the age of six. His father taught him to play the piano, and by the time he was nine years old he was performing in concert halls. As an adult, Liszt gained renown in Europe for his virtuosic skill as a pianist. He was also a friend, musical promoter, and benefactor to many of his contemporaries, and as a composer, he left behind an extensive and diverse body of work which anticipated many 20th century ideas and trends.

In 1830 Liszt attended the premiere of Hector Berlioz’s Symphonie Fantastique. The two composers had much in common: radical musical ideas, complicated love lives, and a fascination with the intersection of art, sex, death, and religion. Sex, death, and religion were the subject of a medieval Gregorian chant – Dies Irae (Day of Judgement) – which Berlioz quoted in his symphony. Struck by Berlioz’s powerful originality, Liszt likewise chose Dies Irae as the theme for Totentanz (Dance of Death), which he composed over 11 years from 1838 to 1849 and revised twice more in 1853 and 1859.

Among the last of Liszt’s works for piano and orchestra, Totentanz is in many ways the most forward-looking, not least being the percussive style of the piano’s entry. As might be expected in what is essentially a surrealistic set of variations performed without pause on the medieval “death” theme, the harmonies and details of orchestration are often startlingly original.

The very first bars of Totentanz hammer out the theme, followed by a swirling cadenza for the piano punctuated by orchestral lightning-flashes. After new statements of the theme, first by the orchestra and then by the soloist, the bassoons and violas initiate the Variation I with a kind of skipping rhythm. Next the piano introduces the moodier Variation II, and a sudden lurch into a violently fast tempo takes us into the very brief Variation III. Variation IV, a quiet, contemplative section for piano alone, leads via a solo clarinet passage to the fugal Variation V. After another piano cadenza, the orchestra, with forceful emphasis by the horns, states a new version of the chant in Variation VI that casts a different spell with its upward-moving melodic line. This new tune is subjected to a half-dozen variations of its own, each more fantastical than the one before, until the soloist restates the original theme, and the orchestra joins in for the thunderous conclusion.

In the opinion of conductor Francesco Lecce-Chong, at some parts the fiendishly difficult Totentanz sounds profound and at others it evokes the bone-clanking accompaniment to skeletons dancing in an old animated cartoon. “In its softest moments,” he observes, “it’s breathtakingly beautiful and sensitive, and then some of it is just fun. That was Liszt’s conflict. He had this deeply religious side, but his other side just wanted to be Liberace.”

Pyotr Ilyich Tchaikovsky was the most prominent Russian composer of the Romantic movement. His works, which include symphonies, concertos, operas, and ballets, are among the most popular music in the classical repertoire, and he was the first Russian composer whose music made a lasting impression internationally.

Born on May 7, 1840, in Votkinsk, Tchaikovsky was the son of a successful engineer. Although musically precocious as a young boy, in contrast to Liszt, he was not a child prodigy. He attended law school in St. Petersburg in preparation for a career as a civil servant, but with the opening of the Saint Petersburg Conservatory, he abandoned his hated job as a bureau clerk to immerse himself in the study of music. After graduating in 1865, he began producing the lush melodies that have enamored listeners for over a century.

Many people acquainted with Tchaikovsky were struck by his intelligence, culture, charm, and humanity, but beneath that façade he was bedeviled by a string of neurotic problems: periods of depression, imagined ailments, loss of confidence, fits of uncontrollable weeping, and episodes of nervous breakdown. A continuing issue was his homosexuality, viewed as a crime in the very conservative Czarist Russia of his day, and his attempt at marriage with one of his students proved to be a short-lived, disastrous affair. More important in advancing his career was an unusual but helpful arrangement with the immensely wealthy Nadezhda von Meck, who became his patron. Although the two never met, von Meck supported Tchaikovsky for thirteen years at an annual base rate of six thousand rubles, and it was to her that he dedicated his Fourth Symphony, nicknamed “Fate,” written in 1877.

Eleven years later in the summer of 1888 Tchaikovsky composed Symphony No. 5 in E minor, Opus 64. Tchaikovsky stated that the idea underpinning the Fifth Symphony also would be “complete submission before Fate.” The two symphonies are also similar in that they are both cyclical, meaning that themes are shared between movements.

The “Fate” theme of the Fifth Symphony is a doleful melody in E minor played by the clarinets in the introduction to the first movement, Andante; Allegro. After this introduction the movement proceeds in traditional sonata form with several themes used in the exposition, all of which can be found in the development section. Following the climax in the coda, the music ends by fading away with the eerie, sinister sound of the bassoon playing its bottom note.

The Andante cantabile, con alcuna licenza second movement’s stunningly beautiful horn solo is one of Tchaikovsky’s most popular melodies, pirated by Glenn Miller in the form of “Moon Love” and by John Denver in “Annie’s Song.” Its “popular” nature notwithstanding, the horn solo is an instrumental aria at its most pure. A second lyrical theme is introduced by the oboe and developed into a huge lush orchestral climax that is suddenly interrupted by the Fate theme. The calm lyrical mood returns and develops in a similar soulful manner, but the trombones bring back the Fate theme once again to dispel the mood of nostalgia, and the movement, like the first, fades into nothing.

The waltz melody of the third movement, Valse: Allegro moderato, was inspired by an Italian street song, and it is the predominant melodic material of the movement. The fleet-footed middle section pays homage to the ballet music of Léo Delibes, which Tchaikovsky greatly admired. The Fate motif appears near the end in an ironic, almost tongue-in-cheek, statement by the bassoon.

The finale, Andante maestoso, Allegro vivace, molto vivace, opens with a lengthy introduction of the Fate motif in a heroic major-mode setting rather than the minor, and taking on a new character, tentative at first but slowly gaining in strength and grandeur. A very fast and dramatic middle section follows, full of drive and energy very similar to the battle scene in the Nutcracker Suite. This gives way to a triumphal march which ends the work with the brass instruments playing the Fate theme boldly and loudly. Thus, as biographers Lawrence and Elisabeth Hanson have pointed out, in the Fifth Symphony, Tchaikovsky elevates the majestic Fate theme “far above earth, and man is seen, not as fighting a force that thinks on its own terms, of revenge, hate or spite, but a wholly spiritual power which subjects him to checks and agonies for the betterment of his soul.” During the Second World War this theme of triumph over despair became very popular. A legendary performance was given in Leningrad during the German siege of October 20, 1941 and broadcast live to London. Despite bombing and shelling all around them, the orchestra continued playing defiantly to the end. 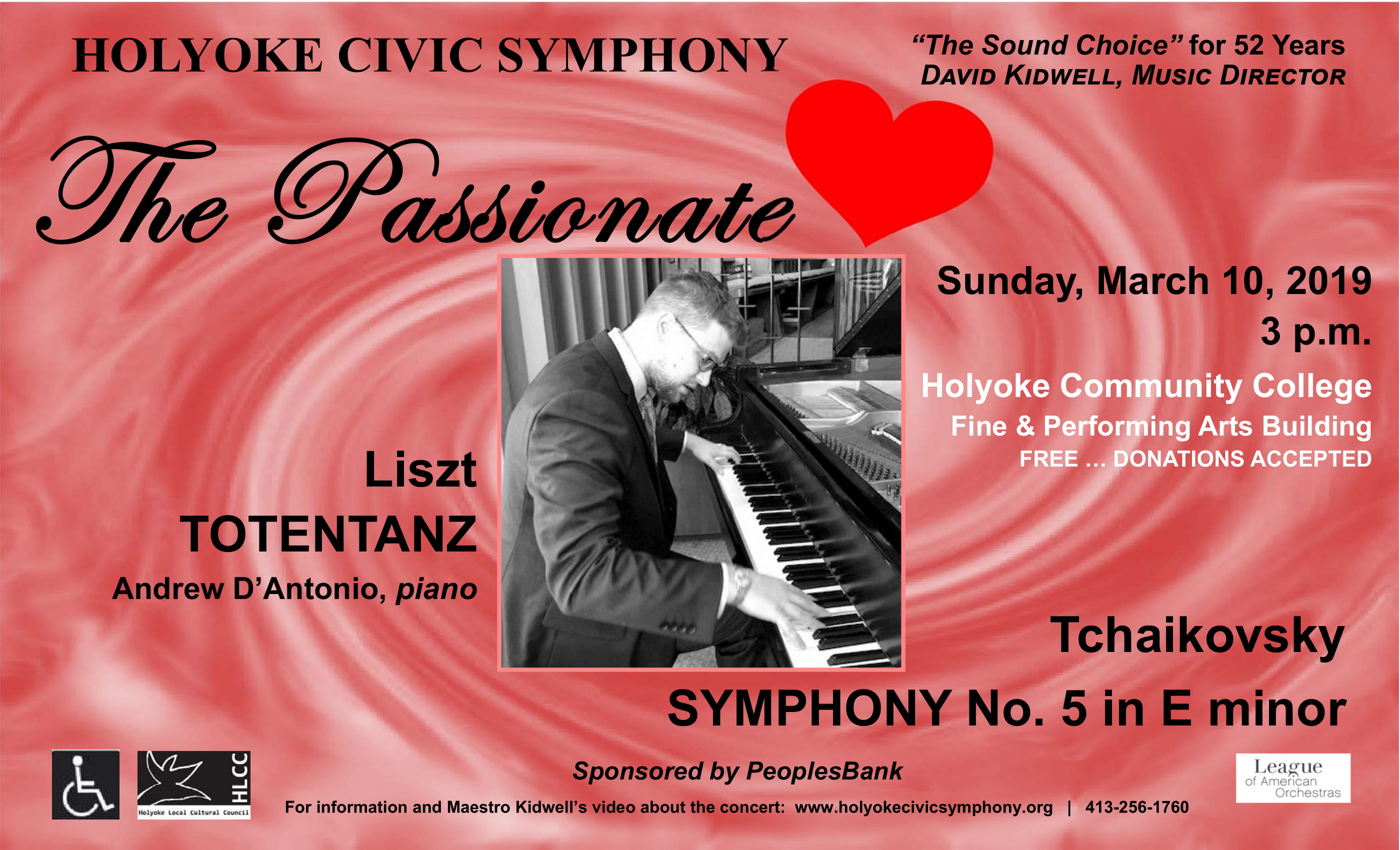