You Gotta Have ❤️

Many people in our audience will recognize “You Gotta Have Heart” as a song from the 1950s Broadway musical Damn Yankees, in which the Washington Senators’ manager tells his team that to defeat the Yankees, all they need is “heart,” or in other words, courage and love for the game. “Heart,” as evoked in this baseball context, is likewise an essential ingredient in music, for our guest soloist and orchestra members play with “heart,” talent, and love for music as they perform the demanding works included on today’s program.

David Browne, the 23-year-old winner of the Holyoke Civic Symphony’s 2018 Composition Competition, completed a B.A. degree at Florida Atlantic University in Commercial Music Composition in the spring of 2018. He is currently working on his Master’s degree with a goal to write music for video games, media, and professional ensembles. In addition to composing music, Browne is a trombonist and a former member of the Florida Singing Sons Boy Choir. Shattered Clock Fanfare, which won the Florida Orchestra’s 50th Annual Student Fanfare Competition in 2017, was his first experience composing for an orchestra.

Shattered Clock Fanfare begins brightly, with minor odd harmonies leading to martial snare drums and crisp violins, each segment paradoxically blending into and contrasting with the next. It is a musical depiction of a recurring dream Browne had as a child wherein he was forever lost in a universe where time never existed. He describes the essence of the fanfare as a work that suggests order and another force that gently mocks that same order and teases it apart.

Derek Bourgeois (1941-2017) was born in Kingston upon Thames, southwest London. Interested in music as a youngster, he went on to obtain a first-class degree in music and a doctorate at Magdalene College, Cambridge. He studied composition and conducting for two years at the Royal College of Music. From 1971 to 1984 he was a lecturer in music at Bristol University and was director of the National Youth Orchestra from 1984 to 1993. In 1980 he began conducting the Sun Life Band which was his introduction to brass bands. In 1994 he became Director of Music at St Paul’s Girls School, London, a position previously held by several noted English musicians including Gustav Holst.

Bourgeois was a prolific composer. The catalogue of his 391 works includes a host of works for orchestras of various makeups, an opera, music for TV productions, and an astonishing 116 symphonies. Of his 17 concertos, the one written in 1988 for trombone that we hear today is the one most often played.

Bourgeois composed the Trombone Concerto for the first international trombone symposium in London that was held in 1988. Because musicians from the worlds of pop and jazz as well as classical artists were planning to attend the symposium, he decided to make his new work musically ecumenical and deliberately tailored it to appeal to a wider than the usual classical audience.

Our soloist, Matthew Russo, was one of the young trombonists who was captivated by early recordings of the Bourgeois concerto. To an email requesting his thoughts about the piece, he responded as follows:

I was blown away by the blisteringly fast third movement. I bought the music and gave it a shot, but it was beyond my abilities at the time. It sat on a shelf for years with the thought that someday I could come back to it and finally perform it. It’s very difficult and a bit longer than the standard trombone concerto but is well worth the challenge. The second movement is some of the most beautiful writing for our instrument. I’m grateful to have the opportunity to share the stage with my friend David Kidwell and the Holyoke Civic Symphony, after having played many shows with David at the Goodspeed Opera House.

Turning now to a description of the concerto, in the Allegro first movement, the solo trombone immediately launches into the opening theme in F minor, conceived harmonically in a sequence of descending thirds, and it is the solo trombone that introduces the second lyrical theme, in A-flat, presented over chords which are given mobility by dark-toned violas and cellos. These contrasting subjects allow the composer opportunity to expand on the Baroque qualities of the opening material in a fugato section for woodwinds, to boldly state the romantic second themes of brass leading to cascading septuplets, and by the soloist presenting the first theme in augmentation against a ripple of 16th notes. The movement closes with pianissimo chords leading in mood to the second movement which opens a tone lower in E-flat.

In the Adagio, the rich tone of the soloist is supported by three accompanying trombones, with the writing matching the expressiveness of a cello quartet. Gradually the low strings join as the solo trombone weaves a seamless, almost Wagnerian theme, extending phrases sequentially. This movement has two separate thoughts, and a solo clarinet answers the solo trombone with a new theme accompanied by strings.

In the Presto, Bourgeois adopts a classical rondo form as a 6/8 scherzo which provides release from the passion of the slow movement. It is fun, to be thrown off lightly as the semitones shift. Towards the end of the movement is a cadenza which alludes to the thematic content of the first movement, but aurally the hard work has been done. For the soloist, however, the music requires a virtuosic combination of slide and tongue.

The later 19th century brought an increasing consciousness of national identity to various ethnic groups in Europe and elsewhere in the world. Antonín Dvořák was born in September 8, 1841, in a Bohemian village where his father was an innkeeper and butcher. From this inauspicious beginning, he was to follow Bedrich Smetana to become the leading exponent of Czech musical nationalism that rested firmly within the classical traditions of Central Europe. His early musical training prepared him to perform for some years as a violist in the Prague Provisional Theatre Orchestra directed by Smetana. Later with the positive encouragement of Johannes Brahms, he devoted his energies primarily to composition. As a master of the folk music of his native Bohemia as well as the broader Germanic tradition of symphonic music developed by Beethoven, Schubert, and Brahms, Dvořák won recognition abroad and rather more grudging acceptance in Vienna.

Of the nine symphonies that Dvořák composed, the Symphony No. 9 (“From the New World”) is probably the best known, but many critics regard his Symphony No. 8 in G Major as his greatest. At the time of its composition, Dvořák said that he wanted “to write a work different from my other symphonies, with individual ideas worked out in a new manner,” and he was clearly successful in that intent. Written in the key of G (a key that no major composer since Haydn had employed), the Eighth is cheery and lyrical, drawing inspiration from the Bohemian folk music that Dvořák loved.

A beautiful minor melody played on the cellos and winds opens the Allegro con brio first movement. It functions a little like a slow introduction and recurs throughout. The movement is in sonata form with an energetic first subject, and an equally lively second subject in the key of B minor. In contrast to classical models the exposition is not repeated and the development section is greatly extended, reaching a stormy climax when the trumpets, accompanied by furious chromatic scales on the strings, play the opening melody fortissimo. The recapitulation is short and contains many new developmental ideas. In contrast to its subdued beginning, the movement ends in a blaze of energy.

The Adagio begins with a solemn passage in the key of C minor. This dark mood eventually lifts like a morning mist, and the main theme appears in the warm key of C major, played by the winds and accompanied by delicate descending scales on the strings. In the central section the movement grows in strength and grandeur, like the midday sun, to a magnificent climax. A dark passage in the key of C minor disturbs this tranquility with angry detached chords, but the momentary storm is dispelled by the return of the sunny main theme, this time played by the strings with the descending scales on the woodwinds.

The Allegretto grazioso; Molto vivace is a scherzo and trio. The scherzo in G minor is built on a beautiful lyrical melody tinged with a profound sadness. The trio forms a strong contrast, being in the major mode and based on a very simple melody full of childhood innocence. The movement ends with an unusual coda, a variation of the trio, that replaces any sense of sadness with raucous energy, though it finishes on a subdued chord.

A brilliant trumpet fanfare announces the final movement, Allegro ma non troppo. As in the first movement the cellos introduce the main theme, this time in the home key of G major. The movement is in variation form, but with the structural innovation that the theme and second variations recur as they would do in a rondeau. The first variation is a tentative elaboration of the theme, but the second is wildly exuberant with thrilling trills from the horns. The following variations create a range of mood. In the end, however, it is the lively second variation that returns and is extended into a coda of vibrant energy. 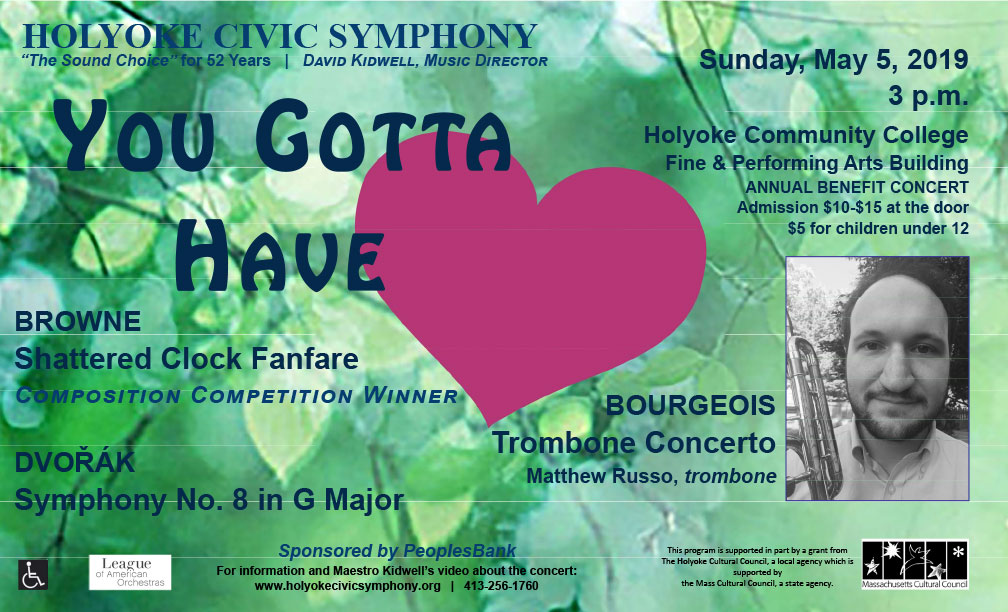