You Bet Your Brass!

The brass section is an essential part of the Holyoke Civic Symphony. It includes three trumpets, three trombones, four French horns, and one tuba. Though they are often overshadowed by the strings, brass players supply much of the brilliance and excitement of any work that we play. Today’s program illustrates this phenomenon by highlighting several types of brass compositions performed by guest soloists Joe Hoye, Jean Jeffries, Matthew Russo, and Sheldon Ross. The concert will conclude with a full orchestra selection from our encore video library.

SCOTT JOPLIN (1868-1917) was an African American composer and pianist who achieved fame for his ragtime compositions. Joplin grew up in a musical family of railway laborers in Texarkana, Arkansas, and developed his musical knowledge with the help of local teachers. During the late 1880s, he left his job as a railroad laborer and traveled through the south as an itinerant musician. He performed at the Chicago World’s Fair in 1893, an occasion that would play a major part in making ragtime a national craze by 1897. In 1894, Joplin moved to Sedalia, Missouri, and earned a living as a piano teacher. He began publishing music in 1895, and the publication of his Maple Leaf Rag in 1899 brought him fame and a steady income for life. During his brief career, he wrote over 100 original ragtime pieces, one ragtime ballet, and two operas. His death in 1917 marked the end of ragtime as a mainstream music format, but over the next several years it merged with other styles including jazz and eventual big band swing. The Entertainer is a classic two-step piano rag written by Joplin in 1902. It returned to international prominence as part of the ragtime revival in the 1970s when it was used as the theme music for the The Sting, an Oscar-winning film set in the 1930s.

JEAN SIBELIUS (1865-1957) was a Finnish composer and violinist of the late romantic and early-modern periods. He is widely recognized as his country’s greatest composer, and through his music he is often credited with helping Finland develop a national identity during its struggle for independence from Russia. Best known for his set of seven symphonies, Sibelius also wrote a substantial number of chamber compositions, some of which have only come to light in the 1990s. Sibelius intended his earliest works to be played by family members. Among these pieces is his Duo in C Major for violin and viola, which he composed around 1886, most likely as an exercise. The duet is a romantic piece written for an unusual combination of instruments. It offers a pleasant and beautiful melody, with the challenging viola part doing much of the heavy lifting.

GEORGE FREDERICK MCKAY composed several hundred musical works during his lifetime, including about 250 volumes which were eventually published. He taught and composed for 40 years at the University of Washington at Seattle and authored textbooks, journal articles, and musical reviews. McKay composed pieces in various styles included orchestral and chamber works, sonatas, and folk music suites. He was especially attracted to American folksongs, jazz, blues, and Native American themes. To a great degree, his music contains poignant evocation of the West Coast American spirit and a recognition of the great natural beauty of his home region. Nautical Scene, which the Holyoke Civic Symphony horn section will play today, is first part of McKay’s horn quartet composed in 1938. The work includes two additional sections: Ballad and Capriccio.

DAVID KIDWELL (b. 1968) provided the following note for his Pas de Deux:

Pas de Deux is a short duet for oboe and tuba, written in 2010 as a wedding gift for the Holyoke Civic Symphony’s principal oboe Jodie Bigelow and principal tuba Joe Hoye. The characteristic lyricism of the oboe and oom-pah-pah-ness of the tuba are retained throughout, but are combined in playful and unexpected ways—a metaphor for two individuals entering into a marriage.

DR. GINA GILLIE (b. 1981) is an Associate Professor of Music at Pacific Lutheran University, where she teaches horn, composition, aural skills, chamber music, music history, and conducts a horn choir. She frequently performs with faculty groups and in solo and chamber recitals. Gillie got her start as a composer in graduate school where she was encouraged by her mentor, Douglas Hill, to write music as part of the educational experience. Since then she has been commissioned to compose several works for a variety of chamber settings. Her music has been performed at multiple Northwest and International Horn Symposia, as well as internationally in England, Canada, Portugal, and Australia.

Andante is the second movement of Gillie’s Horn Quartet No. 1. In a note for the HCS program, she writes: “My intent was to create and express a beautiful melody. The piece is in a straightforward ABA from that uses the middle section as contrast. In the B section, the melody turns to a snappy dotted rhythm in minor as opposed to the expanded lyricism of the first theme.”

Our guest artist, Jean Jeffries, performs, teaches, and lectures throughout New England on modern, classical, and baroque horn. A graduate of Harvard College committed to liberal arts education, she provides students with tools to analyze, interpret, and articulate musical ideas, then share them in performance. Teaching horn and coaching chamber music at three of the Five Colleges inspires her to play with joy and an ever-evolving musical perspective. Jeffries’ interest in promoting contemporary music has resulted in several commissions, including a setting of the William Wordsworth sonnet The World is Too Much With Us for horn, tenor, and piano by David Kidwell, and The Rusalka by Clifton J. Noble, Jr. With respect to the Andante, Jeffries adds: “This is an especially satisfying horn piece to play. The opening call offers a magnificent yet simple, sweeping welcome to the piece, followed by cleverly interwoven lyrical interactions in all four parts. Gina Gillie, who is also a hornist and soprano, has been a favorite composer of mine since I was introduced to her work in 2016.” Jeffries will be playing all four parts of the horn quartet—something that wouldn’t be possible were it not for the orchestra’s virtual concerts.

LAUREN BERNOFSKY (b. 1967) holds a Doctorate of Musical Arts in Composition from Boston University. She has written well over a hundred works, including solo, chamber, and choral music, as well as larger scale pieces for orchestra. Her music has been described as “a fantastic balance between the emotional and intellectual, technical and lyrical sides of 21st Century composition. Bernofsky composed Passacaglia in 1990 when she was an undergraduate at the Hartt School of Music. The piece was premiered the following year by the New England Conservatory Honors Brass Quintet and has since been arranged for trombone choir and brass ensemble. Matthew Russo, today’s guest soloist, will play all five parts of the Passacaglia. He serves on the faculty at the University of Connecticut and the Hartt School Community Division. A frequent recitalist and advocate of new music, Dr. Russo endeavors to bring unknown works to new audiences through innovative programs and themes.

JOHANN NEPOMUK HUMMEL (1778-1837) was a prolific composer and virtuoso pianist who has been described as a phenomenal ambassador of the eighteenth century to the nineteenth. At eight years old he was already so advanced that he was invited to become Mozart’s pupil. He lived with Mozart for two years and made his public debut at age nine. Hummel toured Europe for years as a child prodigy, accompanied by his father. Haydn, another of Hummel’s teachers, composed a piano sonata for him, Beethoven became a close friend, and Schubert planned to dedicate to him his last three piano sonatas.

Most of Hummel’s compositions are for piano, but he also wrote for mandolin, guitar, and bassoon, as well as several works for keyed trumpet, a new instrument that used five keys rather than valves and produced a smoother, more clarion tone than the modern trumpet. Hummel composed the Trumpet Concerto in E-Flat Major in 1803 for the trumpet virtuoso Anton Weidinger, who first performed it in 1804 after Hummel had replaced Joseph Haydn as Konzertmeister to the Prince Esterhazy Court in Eisenstadt. The first movement is cast in a
standard sonata form with the added interest of a double exposition, in which the orchestra states both main themes completely before they are repeated by the soloist. The melody at the opening of the concerto is strongly reminiscent of Mozart’s Haffner Symphony No. 35 in D, and the jaunty dotted rhythms of the secondary theme offer a tip of the cap to Haydn. It is performed for us today by guest soloist Sheldon Ross, a versatile musician who maintains a private studio and teaches at the Northampton Community Music Center.

When asked why he proposed to play the Hummel concerto, Ross replied that it provided him with an opportunity to connect to the history of the trumpet and its evolution into a melodically capable solo instrument by using the E-flat trumpet. Even more, “It combines idiosyncratic trumpet motives, such a fanfare-like and harmonic series passages, along with chromatic and expressive lower register themes playable on the newly developed keyed trumpet.” Finally, he confessed that playing the Hummel concerto offered him “a chance to feel nostalgic as I cycle back to this standard piece of the trumpet repertoire that I first encounter almost 40 (!) years ago.”

PYOTR ILYICH TCHAIKOVSKY (1840-1893) was the most prominent Russian composer of the Romantic movement. His works, which include symphonies, concertos, operas, and ballets, are among the most popular music in the classical repertoire, and he was the first Russian composer whose music made a lasting impression internationally. He composed his Symphony No. 5 in the summer of 1888, with the idea that “complete submission before Fate” would be its underlying idea.

The Finale opens with a lengthy introduction of the Fate motif in a heroic major-mode setting rather than minor, and takes on a new character, tentative at first but slowly gaining in strength and grandeur. A fast and dramatic middle section follows, full of drive and energy, very similar to the battle scene in the Nutcracker Suite. This gives way to a triumphal march that ends the work with the brass instruments playing the Fate theme boldly and loudly. Thus, as biographers Lawrence and Elisabeth Hanson have pointed out, in the Fifth Symphony, Tchaikovsky elevates the majestic Fate theme “far above earth, and man is seen, not as fighting a force that thinks on its own terms, of revenge, hate or spite, but controlled by a wholly spiritual power which subjects him to checks and agonies for the betterment of his soul.” During the Second World War this theme of triumph over despair became very popular. A legendary performance was given in Leningrad during the German siege of October 20, 1941, and broadcast live to London. Despite bombing and shelling all around them, the orchestra continued playing defiantly to the end. 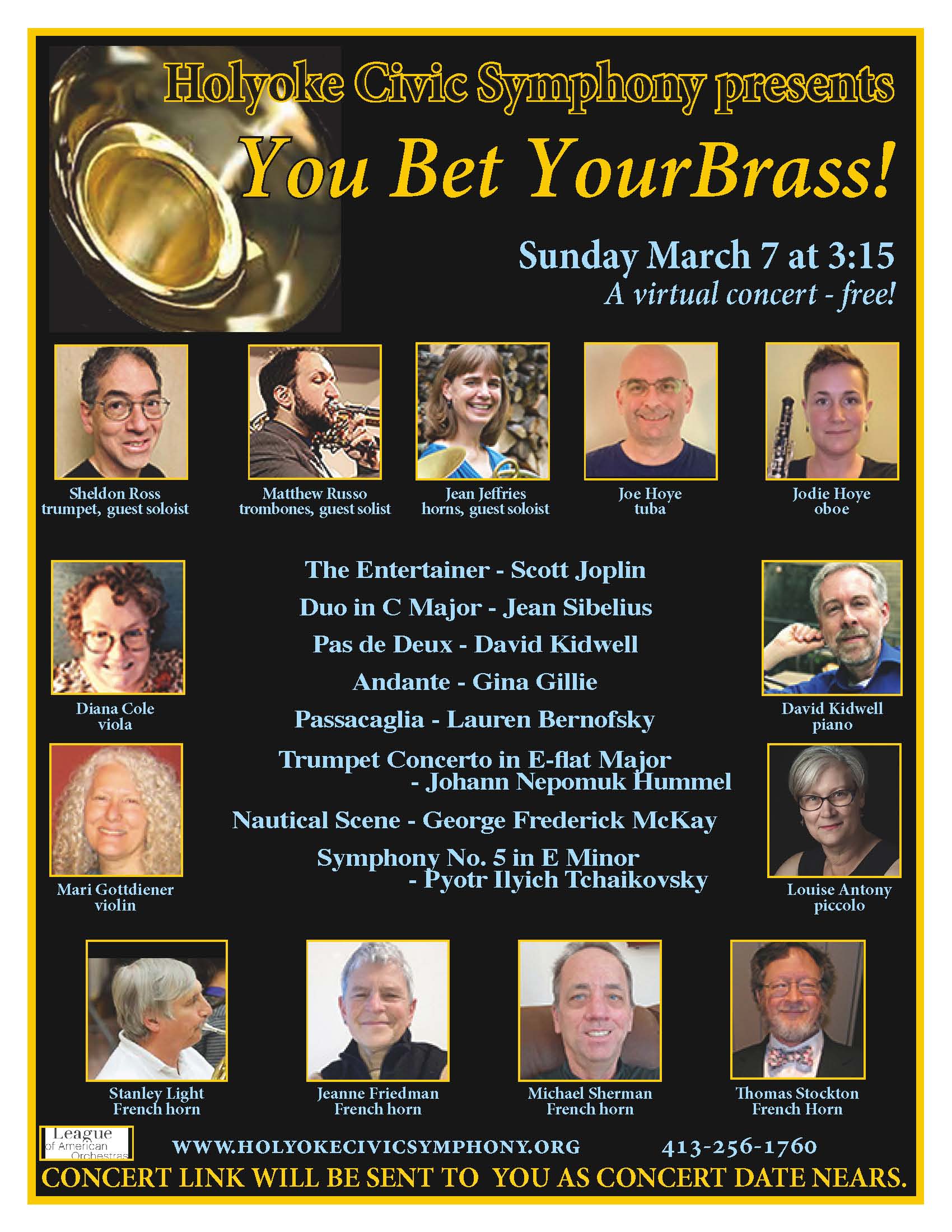