The limitations imposed by the COVID pandemic have prompted the Holyoke Civic Symphony to showcase another form of the classical music genre, i.e. chamber music. Generally speaking, chamber music is differentiated from solo pieces and works for large groups like band and orchestra by the fact that it is typically written for a small group of musicians, each playing a different part, most often without a conductor. Our concert today features a selection of movements from solos, duets, trios, and quartets written by well-known composers for string, wind, and brass players.

From l717 to 1723, Johann Sebastian Bach was employed by Prince Leopold as Kapellmeister at Köthen, and it was during this time he produced among other pieces six sonatas and partitas for solo violin and six suites for solo cello. The cello at this time was still an instrument of relatively recent origin, and Bach was perhaps the first to write for this unaccompanied non-keyboard instrument. The Prelude from Suite No. 1 is superficially no more than a string of arpeggiated chords, but because of the way a note in one chord “leads” to one or more notes in another chord, the result is a polyphonic maze of voices.

The Cor Anglais bears the same relation to the oboe as the viola does to the violin, as it is larger and sounds a fifth lower. Neither “English” nor a “horn,” this double reed instrument was invented in Silesia around 1720. Wolfgang Amadeus Mozart’s manuscript of this Adagio is just a fragment, but the theme is beautiful, and he would use it again for his well-known motet, “Ave verum corpus.”

Max Bruch was a German Romantic composer, teacher, and conductor who wrote more than 200 works, including three violin concertos, the first of which has become a staple of the violin repertoire. His most fervent desire was to write music that would be pleasing to his listeners. Deeply rich, romantic, and beautiful melodies were his craft as well displayed in this Romanze that he composed in 1912. In the words of critic Max Derrickson, “It is a deeply satisfying work in the way that it leaves us breathing slower, closing our eyes and curling up in its aural coziness.” Although the Romanze is relatively unknown, it ranks as one of Bruch’s most outstandingly beautiful creations.

Jean-Michel Damase was a French pianist, conductor, and composer of classical music. He was the last link to the great generation of French composers that included Poulenc and Ravel. He wrote numerous lyrical works and some chamber music. The Berceuse is a lullaby and offers a respite for players who normally are practicing exercises and etudes. The horn begins this piece with a beautiful seven- measure theme accompanied by chords on the piano. A melodious section then continues until the end, when the initial themes are played again.

Composed in 1786, the Kegelstatt Trio is a splendid example of chamber music as a perfectly balanced conversation among equals. Mozart begins the Trio with an Andante, a lovely first movement at a gentle pace that dispenses with the need for a slow second movement. While the Andante is in sonata form, Mozart develops just one theme. To achieve unity, he relies on subtle elaborations and instrumental interplay, as well as the gruppetto (ornamental turn) that recurs throughout the movement. The Andante features the mid-range sonorities of two of his favorite instruments— clarinet and viola, and also striking is his interest in chromaticism in the form of rising half-step flourishes at the ends of many of his phrases.

Featured performer, trumpeter and composer, 19-year old Richard Parris-Scott, was born and raised in Springfield, Massachusetts. They are dedicated as an artist to inspire and empower others to move forward in the direction that they so choose. Parris-Scott is making their debut with the HCS by performing an original composition, One-Winged Angel—a piece they describe as “wispy, noble, yet impaired. It tells the tale of a spiritual being we know as an angel whose wingspan is cut in half due to unknown circumstances. Throughout the composition he navigates, trying to ascend to his duties while being physically unable to do so.”

A doctor and chemist by profession and training, Alexander Borodin was also a Russian Romantic composer, best known for his symphonies, his two string quartets, and his opera, Prince Igor. He composed the four movements of his String Quartet No. 2 in 1881 and dedicated the piece to his wife Ekaterina Protopova as a twentieth anniversary gift. The Allegro moderato first movement is written in sonata form. The principal theme of the exposition begins with a cello singing a lyrical melody in high register. The transition quickly leads into the subordinate theme in A major, the dominant. The result is one of the most perfect examples of Borodin’s lyrical treatment of the sonata form, for a wonderful sense of affection permeates the movement.

Alexander Tcherepnin was a Russian-born composer and pianist who fled with his family to Tbilisi, Georgia after the 1917 Russian Revolution. In 1921 they settled in France where Tcherepnin completed his musical studies. He composed the Andante for Tuba or Bass Trombone in 1939, and he stayed in Paris struggling to survive during the Nazi occupation. In 1949 he moved to Chicago after accepting a position teaching music composition at DePaul University. His output includes three operas, four symphonies, a divertimento, six piano concertos, works for ballet, choral music, alto saxophone, and a large amount of solo piano music. 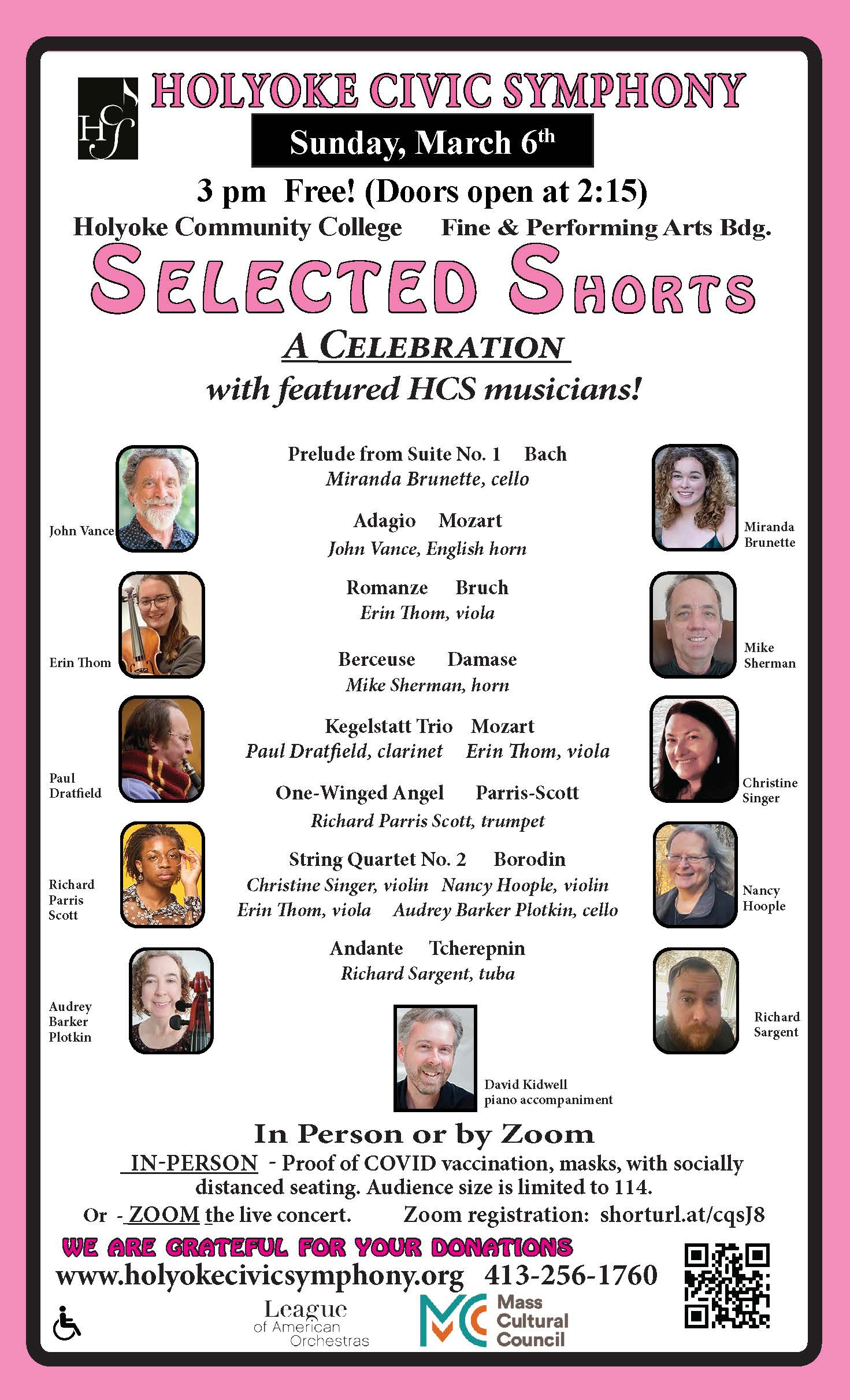